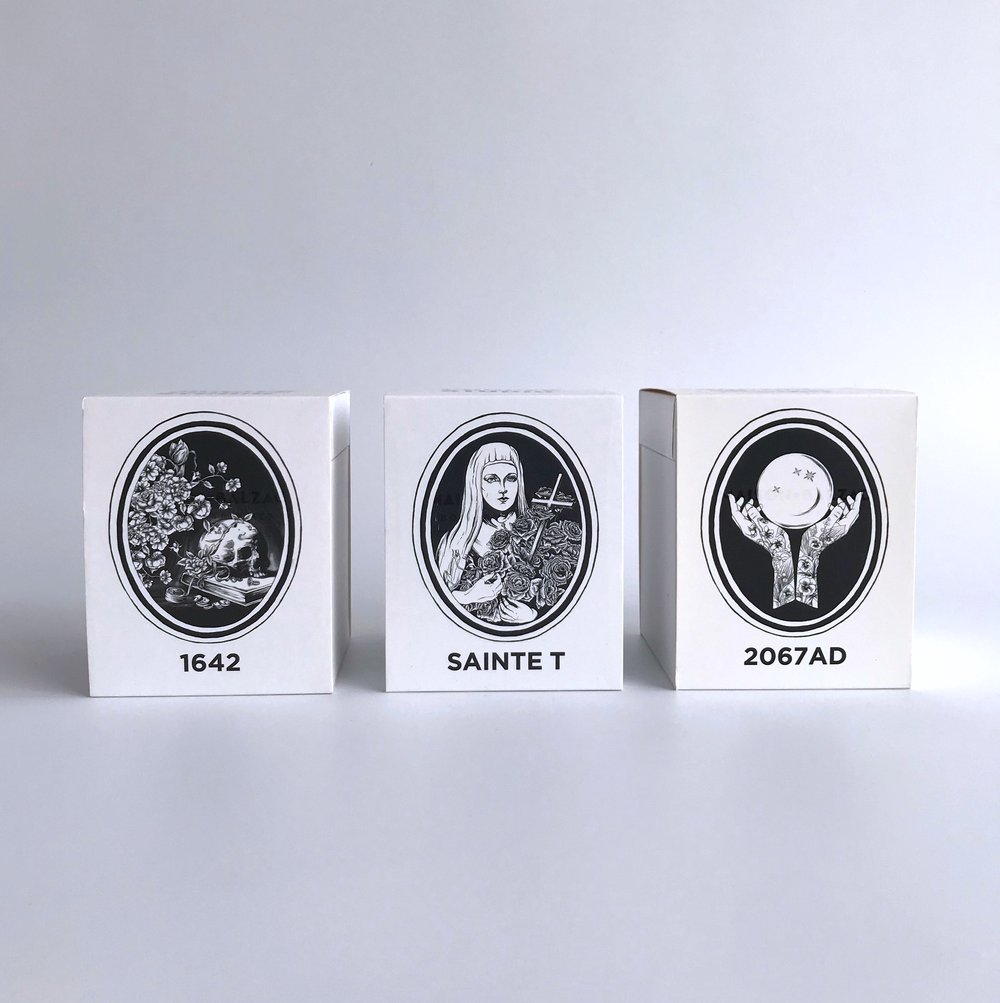 A series of 3 scented candles by Maison Balzac collaborated with Doctor Lisa Cooper , Sydney based artist.

“The ambition of these three candles is to both the observable and the imperceptible – to fragrance and light (effected by the lighting of a wick).
This box of three candles holds: the fragrance of a painting created in the 17th century, the perfume of the grace of Saint Thérèse of Lisieux and the phantasmic fragrance of a speculative future flower.
This box holds darkness, light and a thousand flowers that wrinkle time, space and reason.” - Doctor Cooper

1642
This candle as an ode to a 17th Century Vanitas. It awakes the perfumes of Adriaen Van Utrecht's painting from the year 1642, Vanitas - Still Life with Bouquet and Skull, as an inquiry into the olfactory experience of viewing the image through alternative senses.
Olfactive notes: Violet, Blackberry, Cedarwood

Sainte T
The fragrance is an elegant take on a flower shop, it smells like a thousand cut flowers with notes of green leaf, flower stems, rose, freesia and musk.
Olfactive Notes: Green Leaf, Rose & Musk